During a recent pentest, I needed to throw together a macOS virtual machine. Although there was lots of guides around the web, none seemed to work from start to finish. This post contains the steps I extracted from various resources in order to get a fully working High Sierra install within VirtualBox 5.

To do this, you need to be on an existing macOS system. I was unable to find the download within the App Store itself, but following this link opened the App Store at the correct page: https://itunes.apple.com/us/app/macos-high-sierra/id1246284741?mt=12

After opening the aforementioned page in the App Store, start the download, but cancel the installation when it starts.

You can then verify that the installer has been downloaded by checking that "/Applications/Install macOS High Sierra.app" exists.

Next, you need to create an ISO from the installer application that was downloaded in step 1.

Running the below commands will create an ISO on your desktop named HighSierra.iso:

I experimented with a few different settings in regards to the CPU and RAM allocation. I didn’t find a combination that didn’t work, but create a VM with the following things in mind:

After creating the virtual machine with the above configuration, hit OK and exit the settings screen. Now, a number of extra options need to be set.

If you’re on Windows, you’ll need to cd into the appropriate directory under the VirtualBox installation path to run VBoxManage. For Linux users, this should be in your PATH variable already:

After running the above commands, the VM should be ready to boot!

This is where near enough everything I read stopped, despite there being one more problem in the way - UEFI.

Boot into the VM, go into Disk Utility and erase the virtual disk that you added to the machine.

After erasing the disk, start the installation procedure. After a short amount of time, it will reboot the VM.

Once it reboots, it’s going to boot back off the ISO again, once it’s done this, just shutdown the VM and eject the disk [the ISO] and then start the VM again to boot from disk.

On the next boot, it should boot into the installer that was copied to disk, but instead, you will be presented with a UEFI shell like below: 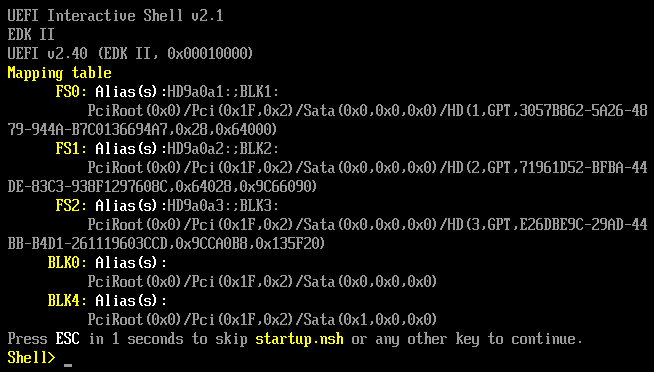 The next time you boot your virtual machine, you will not have to go through the UEFI shell; it should work without any further problems.

As there is no VirtualBox additions for macOS, the screen resolution won’t automatically change. If you know what resolution you wish to use, however, you can set it manually.

Ensure the virtual machine is powered off, and then run the following command; replacing 1920x1080 with whatever resolution you would like to use:

After running the above command, the next time you boot the machine, it will use the resolution specified.

Now, you should have a fully working macOS virtual machine! 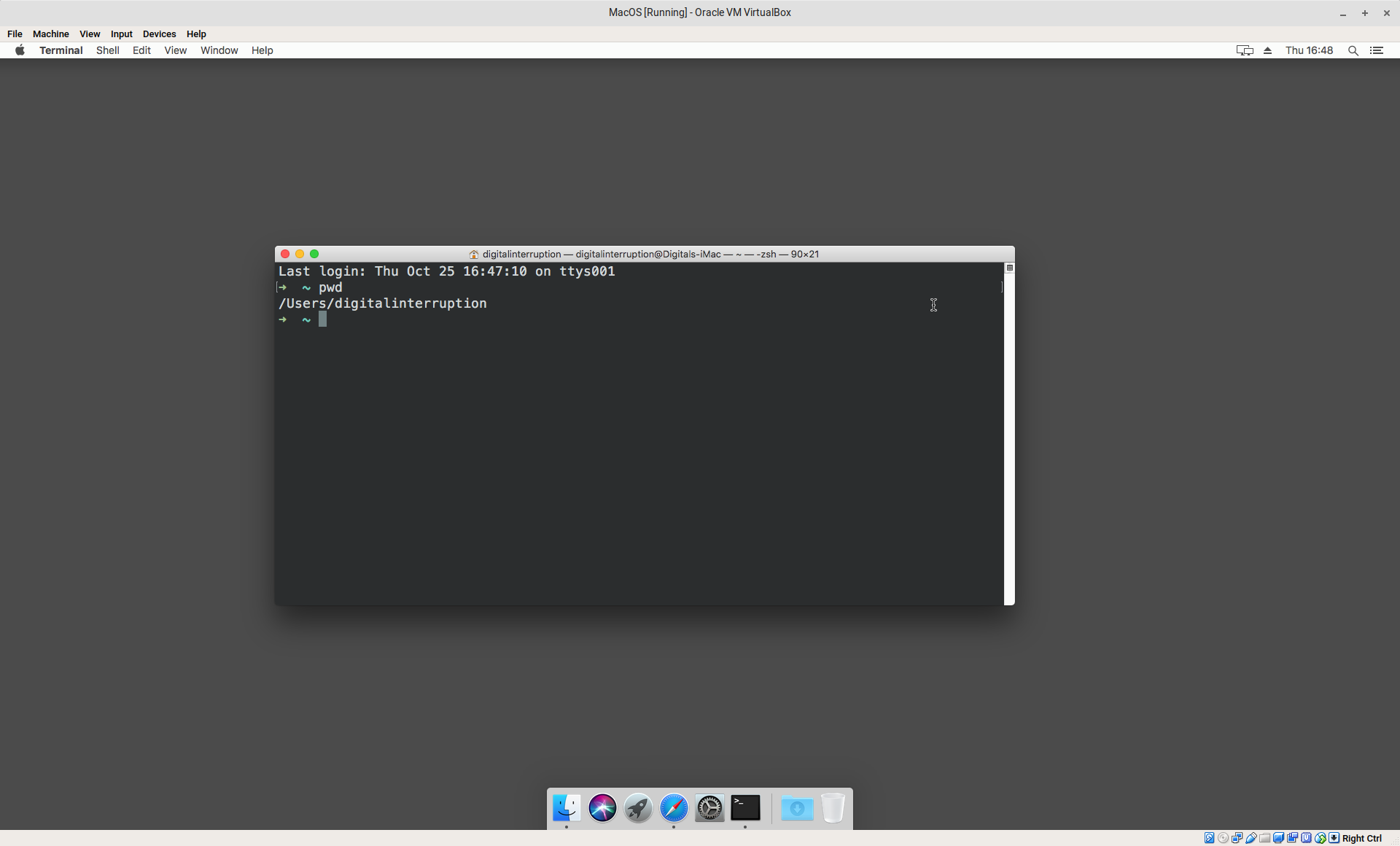 The information found in this post was pieced together from the following sources: