On a Ubuntu 16.04 box with the proprietary drivers from NVIDIA installed for my GTX 980ti, I was experiencing a problem preventing me from running Hashcat; which was this error message:

This error, according to the FAQ, is the result of a driver issue, usually. In my case, however, the problem was some missing dependencies.

After running clinfo, I could see that there were no devices being reported, but this was seemingly unrelated to the actual video card driver.

If you’re not sure which version of the driver you have installed, install the nvidia-settings package, and then run it from the terminal, and look at the value next to “NVIDIA Driver Version” in the screen that appears: 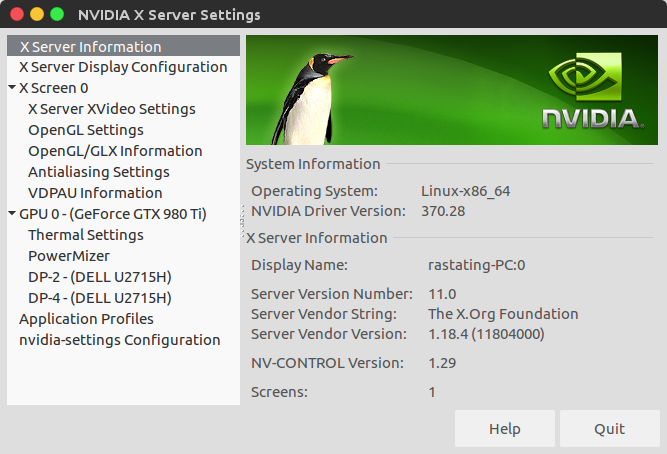 After following these steps, you should now see the GPU listed by clinfo and be able to start using Hashcat.